The Indian intelligence agencies announced 42 apps of android and iOS both are spyware, Smartphones are reportedly sending the Indian’s user’s personal Data to China
by these 42 Apps of china.

“As per reliable inputs, a number of Android / IOS apps developed by Chinese developers or having Chinese links are reportedly either spyware or other malicious ware. Use of these apps by our force personnel can be detrimental to data security having implications on the force and national security.”

Indian Government has announced there is Spyware or malicious attack by the using of Chinese Apps.

The indian governament has published the report to the agencies like “Indian armed forces Research and Analysis Wing (RAW) and National Technical Research
Organisation (NTRO)” are not going to use 42 apps. If you already installed these apps immediately uninstall /  Simply Delete it.

Ministry of Defence in India has issued a new order to the Indian armed forces(Troops) asking officers and all security personnel to remove, uninstall  if not Delete over 42 Chinese apps, including Xiaomi’s Mi Store, Mi Community, etc

TrueCaller App has issued a clarification on this statement

“In response to certain reports, we would like to clarify that we are a Sweden based company,” the app developer said. 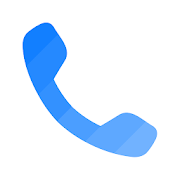 “We are not sure why the app is on this list, but we’re investigating. Truecaller is not a malware, and all our features are permission based and are disabled by default.”

Article reported by ThePrint.in on Nov 28

Now You can Transfer Facebook Photos & Videos to Google Photos

ABOUT US
TechNewsO - Every Thing About Technology provides the Latest Technology News , Computer Tips and Tricks, Mobiles, Gadgets, Android Apps, IOS How-To Guides and More...
Contact us: [email protected]
FOLLOW US
© [email protected] TechNewsO - All Logos & Brand Images / Trademarks Belongs To Their Respective Owners.
This website uses cookies to improve your experience. We'll assume you're ok with this, but you can opt-out if you wish.Accept Read More
Privacy & Cookies Policy
Necessary Always Enabled