Call of Duty Game For Android and iOS

Call of Duty Mobile is now available to download for Android and iOS devices. The game, which is developed by ActivisionActivision in collaboration with TencentTencent, is free to download from the Play Store and Appstore.

After the successful journey of PUBG (Players Unknown Battle Ground) Game, Call of Duty developers announced the launch of ‘Call of duty‘ game for Android and iOS devices.

The #CallofDuty #CODMobile roll out is imminent! Need to get right into the action? The Games Blog shows you what to expect during your initial @PlayCODMobile gaming experience:
Getting Started Guide HERE: https://t.co/1gypDCylWG
Landing Site HERE: https://t.co/4fTHFts8sd pic.twitter.com/fTCWr0lyyv

The game is available on Play Store and App Store for both iOS and Android devices.

Here is the link to download Call of Duty from Play Store and App Store for free. 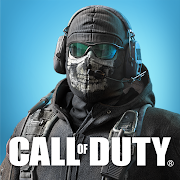 Suggested Read: How to track a lost or stolen iOS, Android or Windows device using Pray

Note: To play the game you need high-end process and storage devices. your regular budget phones won’t support the gameplay.

What’s new to explore in Call of Duty Mobile Game

What is NVMe SSD and Why is it so Popular- NVMe Storage, Benefits & Usage

How to Update Address Details in Aadhar Card Online

How To Choose The Best Water Purifier For Home Under Rs. 4000

How To Link PAN Card with Aadhar Card Online

krish - April 1, 2021
0
Choosing an elegant wedding dress is tough. Wedding day is our day you have to look appealing. Many people and friends suggest you various...