Google introduced its celebrities Q & A platform Cameos, in which famous people answer questions and connect with their followers.

In the Cameos app, celebrities can post videos of their responses directly to Google Search so that their followers could get an answer directly from their favorite celebrity. 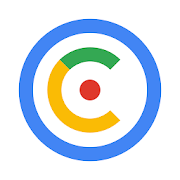 How To Use Google Cameos Q & A app

Cameos on Google is currently available by application only. If you are a celebrity and want to test the app, you can download the app from the play store and ask request.
Google Cameos app will show you 3 Categories.

Just search for “Naga Chaitanya” On the Google App..

I m so pound to be a fan of ur @chay_akkineni. pic.twitter.com/wrRXvwmDJy

After selecting the desired category and question, you can post a reply video directly.

WhatsApp Users Could Face a Permanent Ban for Doing This

How to apply for Aadhaar-based Instant e-PAN Card